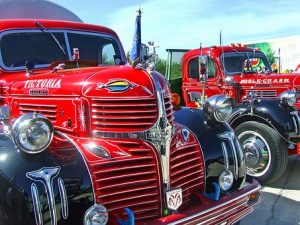 It has been over two years since prospects of Britain leaving the EU turned into a reality. Offered with enough time in order to become accustomed to the ideas of what it has meant to leave the EU, along with many months of finding out what the politicians have to say about different deals that we should be cutting out when we actually leave. However, while political heads are involved in many arguments and debates, things started to change drastically on the grounds. In addition, for a few sectors, we have since passed the point-of-no-return, even though we have not yet officially left the EU.

A major disruption that has come about due to the Brexit talks is the uncertainties around the actual future. This happens to be a real concern for many sectors, but when it comes to the haulage industries, they are already feeling this pain. Without knowing what the actual deal will actually be (or if we will even get one), the haulage companies are not able to offer quotes and prices for periods after March 2019 or answer even the most basic questions that their customers are asking. This has to do with the choice to leave the EU may impact taxes, trade routes, custom fees along with just about any other element associated with haulage, there are no ways in which to predict how the timescales or prices will actually be affected.

No Progress on the Fright Concerns

Earlier on in these processes, the FTA, which stands for Freight Transport Association, raised their concerns about impacts of Brexit on the ability of Britain to trade. The FTA produced a list which they gave to the government about ways to ensure customs borders would still work after Brexit, which was called Keep Britain Trading (that you can read here), which detailed the solutions and the ways in which to handle these new issues that Brexit will bring. However, James Hookham the FTAs deputy-chief executive commented that:

Out of the 8 demands in the essentials list of the FTA to keep Britain Trading not even one has actually been progressed.  That is correct, not even one of these solutions or suggestions which were provided by the haulage professionals was accounted for by the Brexit ministers. Just recently, Mr Hookam went to onto state that there are no guarantees that haulage companies will still be able to carry on employing the 43,000 HGV drivers across Britain who happen to be nationals from other EU states.

This final point is the cause of a major concern. There are already significance shortages for qualified HGV drivers in the UK. With the 20,000 new class C license drivers that come into this industry every year, it still leaves deficits of more than 50,000 skilled drivers. This shortage in skills has been in progress for more than five years now, despite efforts put into place to rally the new drivers into this profession, haulage industries are still experiencing immense strain. If the Brexit results in the loss of more than 43,000 haulage drivers in addition to this, shortages will exceed to at least double, and the business and trade infrastructure in Britain may be close to collapse.

Of course, these are points that many of the industries have already made. Brexit has exposed many flaws in the infrastructure and is forcing many unpopular changes. In haulage industries, this is only the start. The post-Brexit future may see the roads blocked with HGVs attempting to get across borders. Since the latest paperwork checks in place for UK Lorries that travel abroad means a two-minute delay at Dover. This will result in 17-mile tailbacks along with perhaps thousands of drivers that are qualified being forced to turn down job opportunities in the EU or having to take qualifications again since the EU will not recognise UK driving licenses any longer.

Brexit is already the cause for issues in this industry, and these problems are only going to become worse in the months to come. We have hopes that the FTA will find a way to work with the government. In order to create the deal that will ensure Britain can keep on trading. And not result in the total collapse of this essential economic industry.

What Will the Brexit Mean for Haulage Industries?